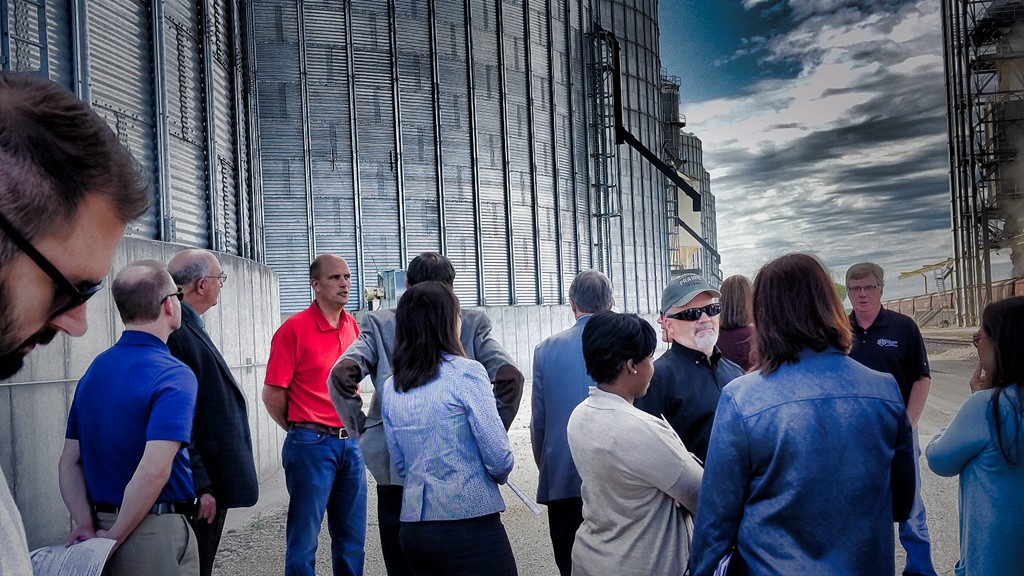 Among the goals of the trip is to increase awareness of Minnesota Business First Stop, which Gov. Mark Dayton created in 2012 to help businesses cut through red tape when working with state agencies.  Minnesota Business First Stop streamlines the process for financing, licensing, permitting, technical assistance and other resources that state agencies provide to businesses.

Commissioner Hardy will be joined on the trip by leaders from the following state agencies:

This is a locally-owned and operated agricultural cooperative that serves more than 1,200 patrons and operates facilities in 14 communities in over 7 counties and three states (Minnesota, South & North Dakota).  In Minnesota, they operate 7 grain facilities and 2 agronomy centers.  The communities are Ortonville, Clinton, and Graceville in Big Stone County; and Dumont and Wheaton in Traverse County; and Tenney and Campbell in Wilkin County.

Graceville opened about 3 years ago.  Deal noted that this is their flagship property in Minnesota.  Cost a little more than $28 million dollars to build.  Here they receive grain by truck from area farmers and then load shuttle trains which are usually about 115 cars long totally more than 450,000 bushels each!  They load the trains using a loop-track model where the entire train is stored on their property and moved around a loop almost continuously while it is loaded (they can load a train in about 6 hours!)

Their grain goes all over the world with soybeans mainly to China and corn mainly going to Korea or Japan.